We Are All About Creating Value

Clients rely on Titus Alliance as a trusted partner for world-class M&A advisory, valuation, and business analytics. A trusted expert and thought leader, Justin Boyd now serves as a leader of Titus Alliance.

Titus Alliance is a business built personally by Boyd; more so though, it is just a way of being for Boyd that honors his personal and professional journey as well as provides him the space to lead with what’s important to him. His story and his values provide him new and unique ways to connect to and support clients.

His personal story starts in Seoul, South Korea. As a young child, he was adopted by an American couple living in Upstate New York. As his adoptive parents searched for an infant, further research showed that the youngest child shared multiple older siblings who were all living in Korean foster care – and who needed a home. Over 36 months, eight children (all under the age of six) were adopted from three separate families in Korea. According to newspaper articles at the time, the Boyd family would go on to be the largest single family naturalization in United States history. Several years later, Boyd’s adopted mother passed away; Boyd’s adopted father was now a single parent to eight adopted children.

The experience forever changed the way Boyd would choose to contribute, work, and make an impact professionally. He started working at a young age; he pursued unique educational opportunities; he achieved unprecedented professional success early in his career; and he is now a rising leader in global M&A. The work has been important to Boyd; but the core values that anchor the work mean more. They became clear quickly, and they continue to lead him today. 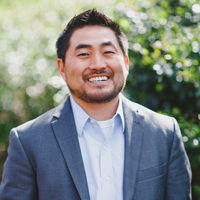 Justin A. Boyd, CFA, ASA
Justin leads Titus Alliance with almost two decades of experience in the corporate transaction arena. He has broad experience helping clients across diverse industries by bringing them sound and strategic advice that supports them in complex situations.

Justin is a Member of the Chartered Financial Analyst (CFA) Institute and the American Society of Appraisers (ASA). He was named “40 Under Forty” by the National Association of Certified Valuators and Analysts (NACVA).

Lead with a strong work ethic.

Titus is not a cookie cutter firm; it was built by a lifetime of unique, strong, hard work. Because there’s really no other way to do it – it’s hard work, it’s hustle, and it’s heart. Every, single day.

Titus will always be honest, authentic, and transparent; the journey is hard, and the last thing you need to worry about as a business owner is a smoke screen or a show.

Both buy-side and sell-side transactions require precision and fine attention to detail to deliver thorough results. That can get challenging and complicated. Regardless, Titus is committed to keeping it simple, managing the entire lifecycle of your transaction.

Titus is a culture built on integrity, quality, and consistency.

Meet people where they are

We come to you; we meet you where you are; simple, complicated, messy, confusing. We’re in this with you.

“You make the valuation process seamless so I can focus on running the business.”